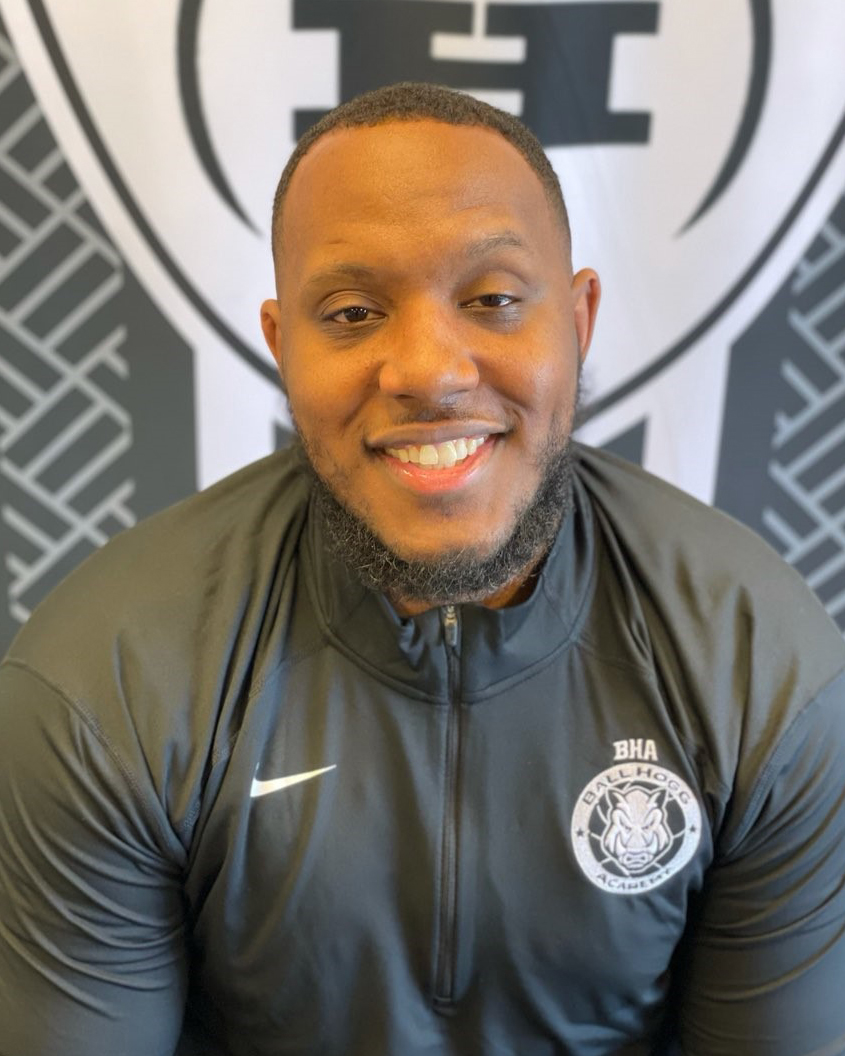 As CEO and Founder of the Ball Hogg Academy, Coach Brandon Hogg comes equipped with years of experience playing, coaching, and mentoring through the game of basketball. Coach Hogg’s passion for the game of basketball gave him the vision to give back to the youth in his community. Through the sport of basketball, Coach Hogg has found his ministry. He hopes to use his academy to educate, motive, and inspire athletes to be the best possible version of themselves.

As an All-State Standout for Edwardsville High School in 2008, Hogg went on to compete at the collegiate level for Division II Powerhouse Southern Indiana University. Four years later, after receiving All-American awards while participating in Division II Reese’s All-Star Game, Hogg would continued his basketball career by playing abroad overseas. Coach Hogg has had a successful international basketball career in Germany, Albania, England, and even China! Coach Hogg was a MVP during his season in Albania and a 3-time league champion in Albania, England, and China. Coach Hogg has even competed against NBA stars Bradley Beal, Lance Stevenson and Corey Brewer!

In-between seasons overseas, Coach Hogg served as a athletic coordinator in California for Triple Threat Mentoring. The Triple Threat Mentoring program worked with the underprivileged youth of Chicago and California by involving them in sports. Coach Hogg a Bachelors of Science degree in Kinesiology from the University of Southern Indiana. He understands the importance of college education wants to ensure that aspiring professional basketball players understand the value of education as well. Education, like basketball, is an equalizer and can be used to overcome social barriers to success. Coach Hogg is excited to be back in the area working with local rising talent motivating and mentoring them to achieve in all aspects of their lives.